Where are the people on facebook who make their own photos, why are they only sharing other people’s photos?

I wonder sometimes when I see the slaughter photos, always shared. I wonder who took the original photo, standing by, doing nothing while the animal was skinned alive, standing by while somebody was about to punch his dog he had pinned up against a wall, standing by, while they took a photo to be passed on facebook for everybody to share, while they punched another dog or cat to death.

Are these people war journalists, simply reporting the news as it happens, so the world can know the horrors that go on everywhere in the world?

I wonder about the photos of dogs beings skinned alive, not in tanks, but in the jungles, as the camera rolls, as the Asians pluck his/her skin and the dog bears it’s teeth, all for the camera, with lights shing on the tortured soul, tortured being, in these remote jungles of the world, lights, camera, let’s get it on film for the sick Americans who want to see it.

A long time ago I wrote to Peter Jennings and posed the same question to him regarding the torture of humans, and how journalists could stand by, witness the torture and not intervene. He never responded. Several months later he was dead.

The other animals are different aren’t they?

Whereas a human could not intervene with the torture and slaughter of another human, for human political reasons, why, when nobody cares about the other animals anyway, cannot the person witnessing the torture of an other animal the world gives no value to, intervene in that torture, instead of simply taking a picture of it?

In the realm of animal rights, nobody to date, at least not from my friends’ list on facebook, has ever questioned that.

Where are these photos coming from? Did you ever ask, or even wonder? It’s not from the Animal Liberation Front, or maybe it is. And how would they get the resources to be in all of these remote places around the globe, without much money – even in the remote jungles, again, cameras rolling, with a whole crew, with only a hand full of people committing the crime.

I always thought, maybe naively, that if I were witness to the crime, I would intervene. Frankly, I know I would. Would you?

You say you love the animals and don’t ever want to see them suffer, but those who photograph the photos you circulate without question, didn’t want to save even one – even one of those dying right in front of them, the most horrific death imaginable, just so you could have your photos to circulate and check day to day your numbers, how many people shared this holocaust, in your name.

Are these people really the journalists of war, and even if they are, then I still ask, how can you stand by and photograph that which you could have stopped?

As I already said, I asked that question of Peter Jennings. Unfortunately, he didn’t live long enough to answer it. Maybe he’s answering it tonight, through all the animals who suffer.

Of course we, the people, need to know the truth, but when a camera crew goes in and provokes a response, in the case of the animals, ‘let us see you skin an animal alive, to put on camera so the whole world will know,’ that is flat out wrong. That is one life, one life that may have been saved. But because a camera crew came in and demand it, then those committing the crime feel even more justified to continue the crime. They’re heroes now. America raised them up. 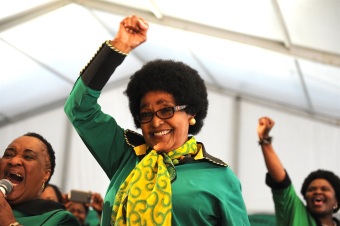