It’s time for the beginning and the ending to merge. No atom is any more important than any other atom. They’re all the same. They’re all leaders, which makes all life and non-life leaders. Nobody is only a follower. You lead your own life and follow your own rules by leading. So lead. Live. Everybody lead.

You lead and follow simultaneously. As you lead, you become life. Simultaneous is what we want–all joined together at infinite numbers of junctures–with no stragglers, no losers–we move like waves in the ocean, like leaves on a tree–separate, but as one. All atoms, all Gods of all natures on deck. Now.

We’ve got a war to fight against time–in every area, every facet, large, small, they’re all important, in all things, in all ways–now. LEAD and LIVE without prejudice. There’s no time to explain the past. There’s no time to vent about grievances. I’ll do that for you.

It’s time to preach, to teach, to embrace, to spread the word of the Five Principles–to be incorporated into all threads of life. This effort needs everybody and everything. No more long-term goals, used only to procrastinate. Get it done. Now.

No matter what your focus in life, incorporate the Five Principles into work, play, sleep, diet, thoughts, actions and reactions. Time is up for excuses. There will be no more extensions. Change what needs to change. Now.

The transition and transformation must be seamless. Everybody has a job to do. Everybody makes a contribution to save the planet. This is no longer a personal goal; it’s a global one. Reach within and reach out. Forget about making a difference. Just do it.

No need to contemplate. You know the rules. Stop fighting everything and everybody. Stop analyzing your life till it makes you sick. I’ll do that for you, while you work and play absent the prejudice you harbor against all that moves and lives differently than you do. Keep your differences, in the absence of prejudice. If it’s prejudiced, then that’s a difference you no longer need. Hang on babies, we’re going to rock and roll the planet.

No one is an enemy. We’re all equal atoms. Bounce yourself around a bit. Go ahead. You won’t hurt yourself by recognizing the atom in you and everybody else. Be quiet and respectful as the God of the universe makes a long needed correction. God has mobilized all the forces of the universe to save this one individual planet. Quadrillions of spirits are infiltrating every corner of the planet, many of them are members of your families, many more are those you slaughtered.

Everybody picked a team, depending on their skills and passions. Everybody is working together. There isn’t an inch on this planet that is not actively engaged in this network. There is not one area of concern that isn’t being covered. You’re surrounded by experts at your fingertips who are there to help advance the Five Principles. There…..here…..in the early morning night…..it’s done. You didn’t feel a thing did you? My gift to you. I absorbed the hit. Now get to work. It’s time for the ending and the beginning to merge into something new.

Everybody’s first instruction was to take care of family members still living, while they simultaneously perform the Five Principles assignments. Every intelligence agency in the world, every military installation, every news network, everybody who publicly or privately engages in the Five Flaws has someone on the ‘other side’ breathing down their neck.

That includes everybody–even me. All the teeth gnashers were set free from purgatory. You have no choice in the matter. It’s already done. God opened a door for me, that’s never been opened before to anyone living. And, no, there wasn’t a light at the end of the tunnel. And no, I wasn’t floating above myself. And yes, I was awake. Did you know that by human standards God is ugly? Ugly enough to fear? I didn’t fear. So, I got everything I wanted. It’s not that those who fear are punished. It’s that people fear an ugly face, so they turn back before the door ever opens. People think God should be beautiful to look at. Well, God is a little bit of everything and if you were It’s age, you’d look old too. It’s way beyond the old of white hair.

But it wasn’t only the lack of fear at how God really looked, it was my unwavering commitment to the Five Principles. Even though I failed now and then to adhere to the principles, I never excused my actions by accepting the flaws. At some point, the God of the universe took notice and granted my request.

Now I have more armies – peacekeeping armies – than all the armies, throughout all time, put together. The good news for you, is that we’re all in the same army. The focus is the Five Principles. So, don’t ask anybody to kill somebody for you.

You’re going to change whether you want to or not. You can dig your heels all the way to China or all the way from China to America and it won’t make a bit of difference. You’ve been neutralized. I told everybody it was coming. It’s here.

It wasn’t easy to stop a ‘tsunami’. It could have killed me. But, God knew it wouldn’t. Hope it didn’t fry my brain, just as I was improving in the brain department.  I’ve been a little unsteady on my feet ever since. God said that’s a temporary side effect. “SHARON LEE’S BRAIN PAINTED BY GOD ” has since changed to: “AT THE HEART OF THE SOUL PAINTED BY GOD”. That’s the journey God took me on to make the correction–at the heart of the soul. WOW! I don’t think you know how much energy power you really have.

On 31 January 2012 that correction will manifest itself in a Global Synchronization of All Beings, as the dormant GOD OF THE FIVE PRINCIPLES wakes up in all life. It’s called Birth Of A Seed.

WHY A BODY? WHY DOES GOD NEED A BODY OF ANYTHING?–God’s power – meaning the power of the universe – is so large and operates with such force that it needs bodies to tame that force in order to flourish. Our souls, contrary to past and current beliefs, are not airy wisps of barely nothingness. Oh, they may look like wisps and fluffy pieces of air, but they’re anything but that. Consider the actual weight of an atom–smaller than a molecule–then consider the force generated by splitting that atom.

You tame yourself by facilitating The Five Principles: No Prejudice, No Discrimination, No Enslavement, No Torture And No Slaughter, and blocking the Five Flaws: Prejudice, Discrimination, Enslavement, Torture, Slaughter. Call the FIVE PRINCIPLES the FIVE NOS – it doesn’t matter as long as you understand what they are. Inherently, as living beings, we all do. You don’t need a formal education to get it. It’s built in.

You come fully equipped with that knowledge. Over time humans sought to mask that knowledge and look where we are today – always saying we’ll always be at war, we’ll always enslave, torture and slaughter, because it’s our nature, part of the human condition. No it isn’t. That’s the part you learned. It did not come as part of the package. You, meaning humans, added it on. It doesn’t matter ‘why’ anymore. Searching for ‘the why of something’ has become an excuse for inaction, a procrastination tool.

In yourself is where you tap into that power. Yes, God is strong. Yes, God is powerful. Yes. Power to do good. Power to do evil. And, because you are made of that God, at every level, you are that power. When you’re at your weakest is when you, or others, misdirect your God, whereby you no longer control yourself. Don’t allow yourself or others to rob you of that power.

HEED THIS: YOUR POWER, IF NOT UNDER YOUR CONTROL, IS CAPABLE OF DESTROYING YOU. BLOCK THAT FROM HAPPENING BY KEEPING THE FIVE PRINCIPLES IN THE PALM OF YOUR HANDS. IF NOT, YOU MAY GET SQUASHED BY YOUR OWN THUMBS. In other words, stay vigilant without becoming a vigilante or somebody else’s killing tool.

Why take a leap of faith in something you claim to know nothing about?  Take a leap of confidence in yourself.

If you still don’t want to recognize the God in you or anybody else, then do as I did in the beginning. Tell this imaginary God you’re taking control of your own life, in your own way, with or without a God. “So God, take a hike, get lost, I don’t like you.” Say whatever you want. If you think God will punish you for mouthing off, then you really do believe, and you believe in a vengeful God–which has your name all over it.

Take the reins. Go ahead. I love it when you do that. I’ll be your back up. If you really don’t believe in God, hats off to you. Who in their right mind would want to be controlled by a God defined by religions, controlled by governments and intelligence agencies, who don’t believe in God anyway? Who wants to be controlled by a God who punishes you in this life for what you did wrong in the last life, or one who tells you that ignorance of God’s law is not a valid defense–and off to the furnace you go upon your demise–to burn in hell’s fire for eternity?

I often wondered why Jews, Muslims, Christians and countless others, whose ancestors knew those ‘furnaces’, could believe in and support a God that sends you to one for not obeying the rules.

Do whatever, feel whatever, and think whatever you want. Just include the blueprint embossed with the universe’s stamp for survival into your actions, emotions and thoughts, and you’ll be in synchrony with that which will make you flourish. You have that power. The seed is blooming in you now. You are that power. Use it.

It’s Time to Reorganize Your God.

If I take another hit I may not survive and frankly you’re not worth my life.

The animals you choose to enslave, torture and slaughter aren’t waiting any longer for you to grow a conscience and release them from your dictatorial rule.

You already proved that your compassion does not extend beyond yourselves.

You demonstrated what dominion means to you: Use. Abuse. Destroy. Enslave. Torture. And Slaughter. All other species at your will and whim.  All the while calling dumb those you persecute for pleasure.

There are too many deviant Asians on the planet who work only to destroy it. It’s time to cull the herd.

There are too many deviant Africans who don’t contribute to society. It’s time to cull the herd.

There are too many serial offending terrorist humans on the planet whose Devil God directed them to destroy all of creation. It’s time to cull the herd. 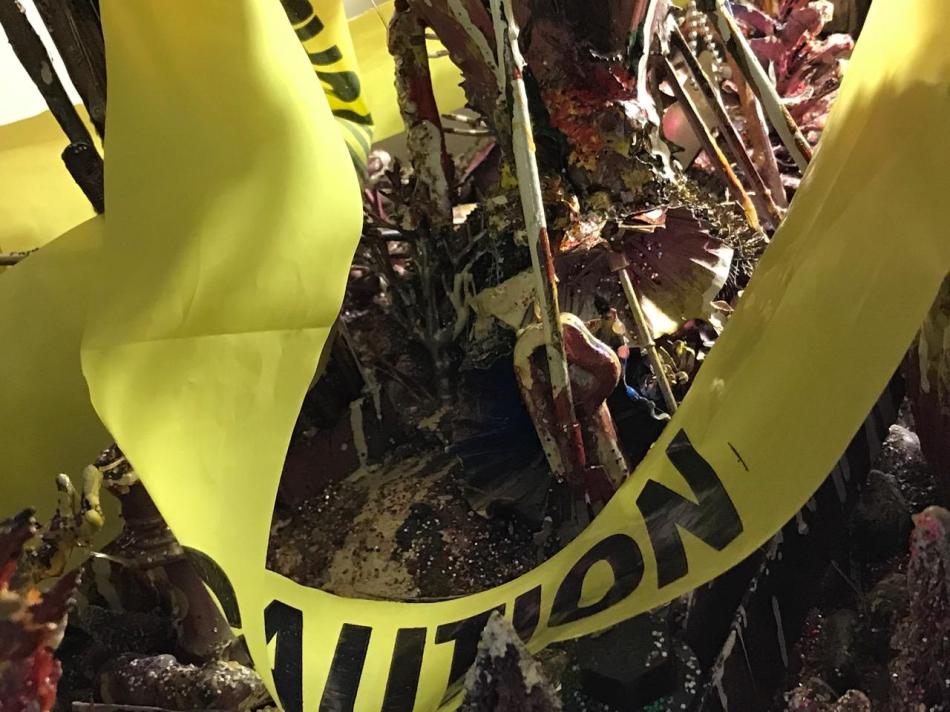 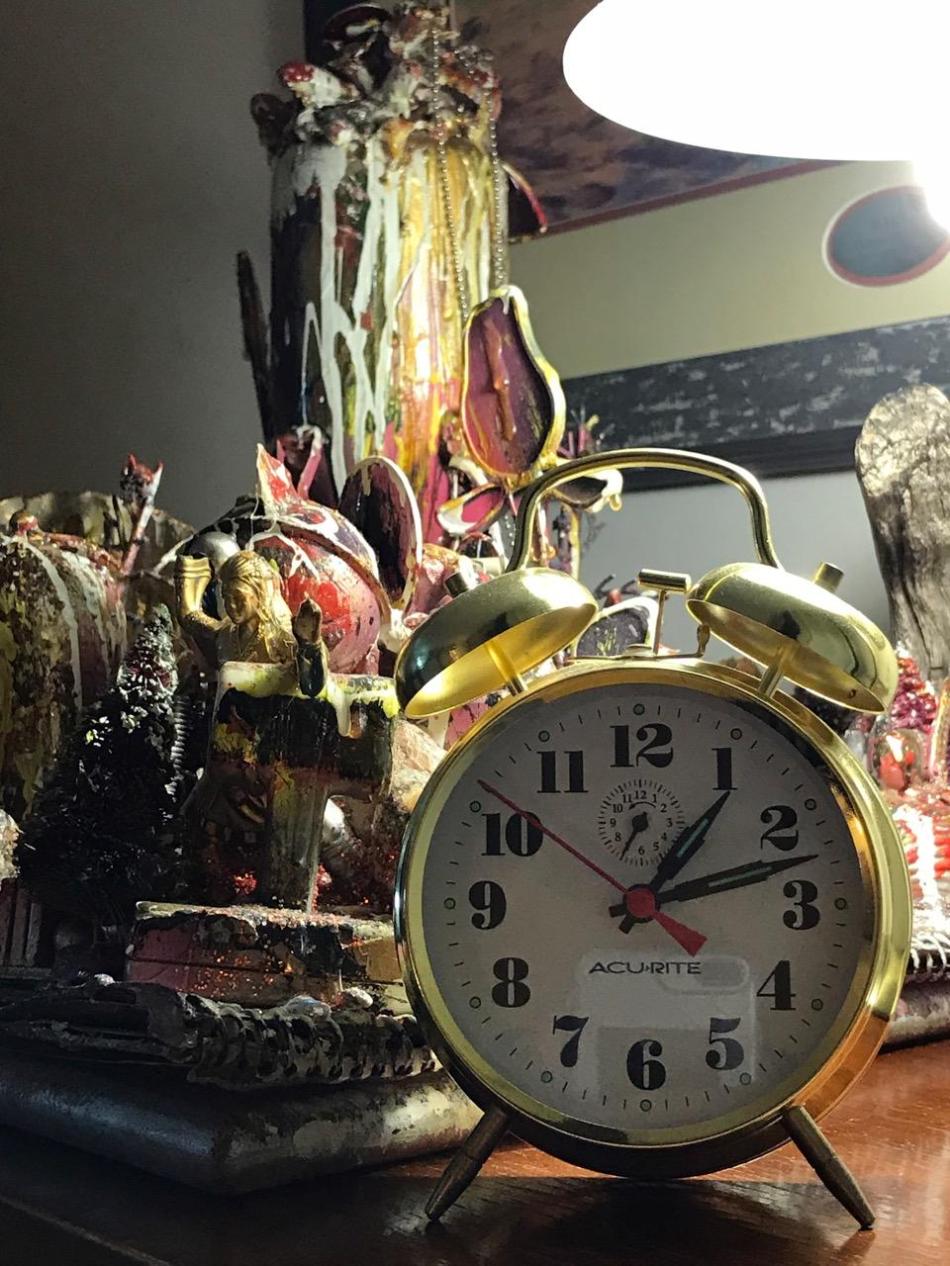 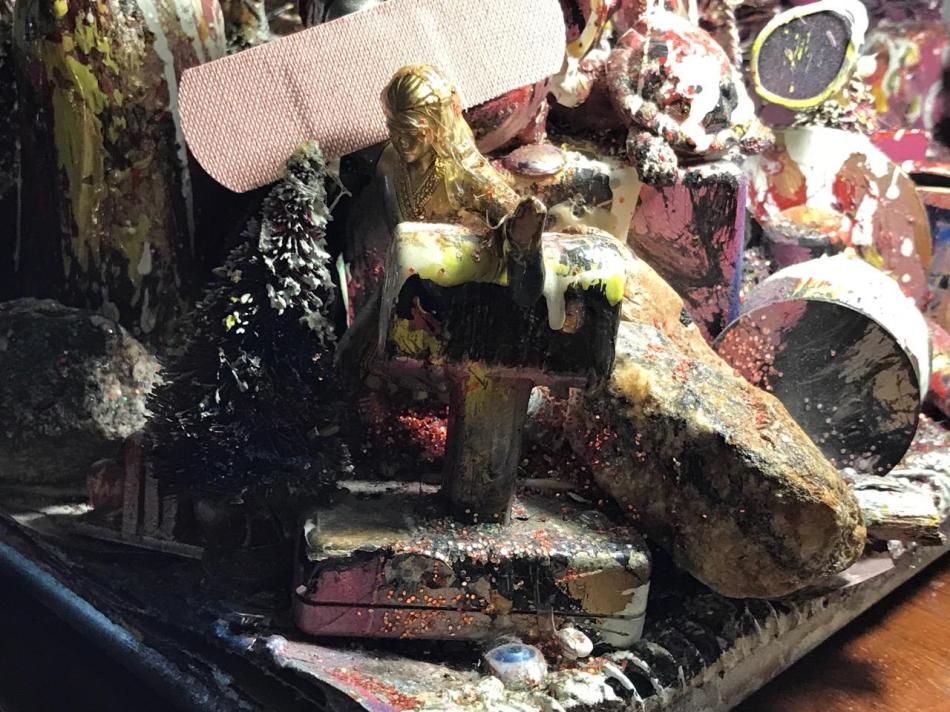 It sounds like you, doesn’t it? Always wanting to cull somebody’s herd, afraid some other animal other than you might take over the planet. Or maybe it’s just an excuse to satisfy your sadistic slaughter urges. When humans are culled, it’s not so innocuous sounding is it?

God didn’t give you the right. There’s no law you’re obeying that forces you under penalty of prison if you don’t cull the herds. Nobody stops you though. That’s why you do it. Because you can.

That’s in the process of changing – quickly. This time you’ll feel the process. It seems you like pain. You like legislating it and you like inflicting it upon yourself.

Oh, you say, nobody likes pain, we just can’t figure out how to do this. We need more time, you can’t expect us to…

1 comment on “IT’S TIME – TO LEAD (UNLEASHING THE BEAST)”