It’s so easy. Sell birth controls pills over the counter – cheap.
No one will do it, because doctors want the money from patient visits. Really, a person seeking birth control pills shouldn’t be considered sick, thus shouldn’t need a doctor to prescribe them.

It can be done. The pharmaceuticals will want big prices attached. Say no. The American Medical Association will balk, since after all they’re really big business, trying to make money, in this case, off of healthy people. Say no. Medical institutions are already complaining about the decrease in doctor visits due to the coronavirus – resulting in decreased revenue, thus layoffs. So what? Tell them to sell some of their stock or real estate.

That’s something both sides agree on. No over the counter birth control pills.

Religious lobbies don’t want it, since the pill will decrease their congregation numbers, thus their donations? Whatever happened to separation of church and state? That means religions and state governed matters.

Why should the state tell people they can’t have birth control pills to prevent a pregnancy nor an abortion to end one? Abstinence is not a viable solution for those without resources to protect themselves.

Why don’t we tell all those rich people who can pay for doctor visits for pills and abortion procedures that they can’t have either based on moral grounds? That doesn’t happen. Morality only comes into play when we’re talking about poor people.

The people and organizations fighting the battles either for or against abortion are being disingenuous. It’s not about rich people getting abortions – they get whatever they want and no one balks on either side of the aisle. The area of contention is about the government paying for poor people to get abortions. And frankly, why should the tax payer foot the bill for something that is voluntary – having sex?

Nobody needs a doctor for over the counter pain medicine or laxatives or a host of other medications with side effects and adverse reactions more problematic than those from birth control pills.

A person needs a doctor for an abortion. That’s where the money is. It doesn’t matter if the government pays for it, it’s still money those clinics want.

Abortion clinics are live-birthing abortion fetuses and babies to cut off body parts without any anesthesia to sell to research labs. It doesn’t matter that family planning clinics don’t do it according to Hillary Clinton. What should matter is that other clinics not funded by the government do it and that was okay with her. So where does the morality question come into play for the likes of Hillary Clinton? Only when dismemberment of a live being is state or federally funded?

The clinics claim they don’t sell the body parts, as if that makes it okay? ‘We slaughtered your baby piece by piece, gouged out the eyes and cut off the testicles, removed the skin, keeping the brain intact till it was all over, but don’t worry, we didn’t get paid to do it’.

So what’s it going to be? A coat hanger or over the counter birth control pills for poor people? For all people, but all people are not the issue here. Those who can’t afford protection are the issue. Not very complicated.

Pharmaceuticals and the Big Health industries need to stop acting as if they are elected by the people as the people’s congress. They do not serve the best interests of the people. They serve their own monetary interests.

And those actually elected to serve the people’s interests, don’t. In the minds of elected officials and lawmakers, it is the big businesses they serve – for the purpose of getting elected and re-elected. They do not serve the interests of the people.

That needs to change quickly. A nine percent approval rating of congress by the people, over years, sends a message that congress isn’t hearing, because they’re not in control of the laws written – big businesses are their puppet masters.

Solve the problem: Over the counter birth control pills. It’s up to the pharmaceuticals to make the instructions easy to read and understand. The amount of data on a print out that comes with medications is over the top ridiculous. They hire the brains, but the problems are always liability-related, thus the encyclopedic ramblings from the drug companies worried about law suits that appear with every drug sold.

Trim them down. Such difficult to read and understand information – copious information – makes null and void any responsibility the consumer would normally be required to accept for taking any medication. 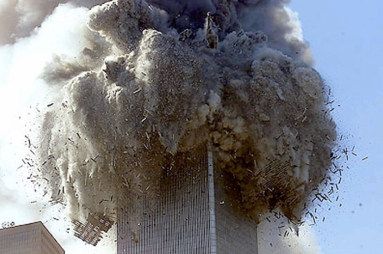